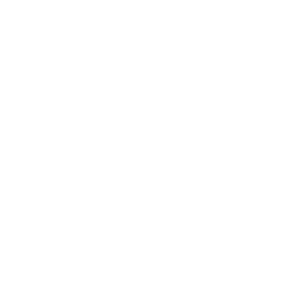 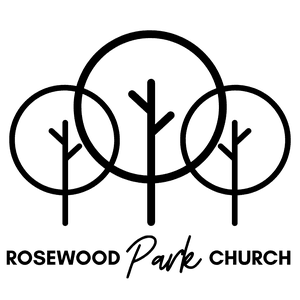 Carol Shellenberg began her music adventure playing the flute in the Regina Lions Band at the age of eight. For many years she was involved with the concert and marching aspects of the band program. At the age of ten it was recommended that Carol began taking private lessons. Over the next number of years she completed grades two through nine of The Royal Conservative examinations. She was also involved in competitions in the city of Regina, Sask. Along with flute Carol was a part of the music scene in Regina through voice, and piano in her youth. As of late Carol has graduated with her Bachelor of Music from Ambrose University where she enjoyed being a part of choir, orchestra, and solo flute performances. While Carol continues to pursue her musical career, she is also working on her Early Childhood Education through Lakeland College.

Carol has been a private flute teacher for a number of years, and has had a number of students ranging in musical experience and age. For the last year Carol has also worked as a musical instructor to children in earlier years (6 months - 3 years of age) teaching the basics of music and demonstrating a wide variety of musical genres. Carol thoroughly enjoys teaching music, as she believes it equips an individual with a lifelong love and knowledge for a universal language.

Carol is now excited to begin her journey of Music Director at Rosewood Park School of Music!

Maria Guidos-Albert is a Saskatchewan native, and after living in Manitoba and Ontario for over 20 years, is now based in Regina. She is a violinist and a pianist, having her Performance A.R.C.T.s in both instruments. She is an alumni of Brandon University with a Performance Degree in Violin, and has studied with Ernest Kassian, Francis Chaplin, Gwen Hoebig, Nandor Szederkenyi, Dana Mazurkevich, and Sally Thomas, in both private and summer studies.

Teaching since 1983, Guidos-Albert has a full studio of private lessons and chamber coaching.

Jennifer Trinh is an outgoing, talented and hard-working musician. At only eighteen years of age, she already has 10 years of piano experience, having studied piano since the age of eight. Jennifer has recently completed her RCM Grade 10 piano exam and is both an experienced solo and group performer. Over the course of her musical career, she has received numerous awards and scholarships for her outstanding performances. She has competed in various competitions across the province including the Yorkton and Regina Music Festivals. In addition to piano, Jennifer also plays violin and clarinet, having spent four years in the Riffel Area Concert Band, Honour Band and Jazz Band.

Alongside Jennifer's practical study of piano, she has also completed all rudimentary music theory courses and is currently pursuing further studies in the advanced courses. Jennifer has scored perfect marks on all three of the rudimentary exams and prefers to teach classical style music. Jennifer has high expectations but likes to have fun in the classroom and has plenty of past experience with kids. She has worked with the Before and After school program, Park Play, at Rosewood Alliance Church for two years and has been teaching piano since 2016.

Kevin Trinh began playing piano at the age of 6 and has been focusing his whole life to piano. Kevin is currently working towards his level 10 in the Royal Conservatory of Music. He has been competing in piano competitions across Saskatchewan including the Yorkton, Regina, and Qu'Appelle Valley music festivals. In his 2019 year, he competed in both the Regional and provincial music festival competitions, winning various scholarships such as the Gordon & Mossie Hancock Chopin Piano Scholarship. During the 2019 provincial competition, Kevin competed against the finest musicians in the province and was awarded the Gloria Nickell Intermediate Gold Award & Trophy for ages 17 and under.

He also has experience in playing other musical instruments such as the saxophone and the violin. Kevin has also completed all the rudimentary theory courses and has also taken music history along with music advanced music harmony.

Kevin is also an accompanist and plays for the Riffel Highschool choir.

Kevin has spent 10 years learning about piano and is very passionate about music and hopes to teach it to the younger generation. He hopes to pass on the joy that music has brought to him to his students and teach them to be amazing artists that can express their feelings through music!

Djoi Louise Mercado Anacio is an 18 year old multi talented and gifted musician. She started playing the violin in the Philippines at the age of 10.

Upon migrating into Regina, SK ,Canada in 2014, Djoi passed the audition conducted by the South Saskatchewan Youth Orchestra where she played 1st Violin for 3 years.

She took the role of Asst. Concertmaster and soloist with the Regina Community Orchestra in 2015 where she is the youngest member. Djoi has also played solo for theater and chambers. She is currently an active member of the Concertino Regina and Exquisite Melodies. Aside from this, she also plays with the University Orchestra.

In a span of 2 years in Canada, Djoi Louise has already earned some notable achievements in her soft musical journey. She emerged the winner in both contemporary and classical categories during the Long & McQuade Strings Festival in May 2016. She was also awarded a gold medal for winning best in percussion - solo in mallet during the 40th Anniversary of the Regina Catholic Schools Band Association in April 2015 held at the Conexus Arts Center. She has received numerous citations both in Music and academic.

Djoi's passion for music emanates from the heart. Her style is uniquely hers. She does not like to limit her musical exploration to a particular music genre. Although basically trained in classical music, she prefers not to be strictly a classical musician as she wishes to connect with unlimited type of audiences and to explore versatility of style and technique in her musical expression. She plays her violin with the choir during Sunday evening mass at the Holy Rosary Cathedral on a regular basis.

Djoi is incoming 1st Year student at the University of Regina this fall. Her violin coach, Maestro Eduard Minevich, is a renowned musician and the former concertmaster with the Regina Symphony Orchestra.

Leanne Thieu is a cheerful and animated musician who enjoys sharing the magic of music with those of all ages. She began her musical journey at age four at the Royal Conservatory of Music in piano and later added the cello to her instrumental collection at age six. Leanne continued her training in both instruments up to grade 9 in RCM's curriculum. In addition, she has participated in various competitions and music festivals in Regina, Fort Qu'Appelle and Comox (B.C.) throughout her career.

She enjoys sharing her talents in the community by volunteering to play for banquets, weddings, fundraisers and festivals. Leanne currently volunteers her time at Rosewood Park Alliance Church playing cello and keyboard for the music team. Aside from teaching the Yamaha Junior Music Course, she is a full-time student at the University of Regina under the Faculty of Science.

Leanne adores guiding young musicians in their exploration of the musical language. She hopes to plant seeds of creativity and help her students blossom into expressive young artists.

Patricia Cook is a Regina native who started studying piano at age eight. As well as piano she has studied flute, voice, classical guitar and organ. She completed her Bachelor of Arts, Music Major at the University of Regina in 1981. She has her Royal Conservatory grade ten level in piano and grade seven in organ. She has studied under Theresa Fleming, Gladys Angley and Gordon Wallace among others.

Patricia was music director at Norman Kennedy Presbyterian Church from 2001 – 2011. During her eleven years there she was responsible for organizing and playing the music for the weekly Sunday services as well as for choir anthems and for special occasions. She has worked with both children and adults teaching private lessons and group alike.

Patricia wants to give a solid foundation in the basics to each student while passing on her love of music.

Miranda Piecharka is a Music Therapist and long-time musician from the Lloydminster area. She completed her Bachelor’s Degree in Music Therapy at Acadia University in Nova Scotia and moved to Regina in the past year. Growing up, Miranda was privileged to be surrounded by a musical family who exposed her to a variety of instruments, genres and atmospheres throughout her life. The first instrument she learned to play was piano, and she spent 10 years doing lessons working her way to her Grade 8 RCM equivalency. Along the way, she also picked up the guitar, ukulele, banjo as well as singing.

During her university schooling, Miranda studied as a classical vocalist and explored areas of vocal techniques and general music theory. Throughout her experience as a teacher, she has always been excited to share her knowledge with budding musicians. As a therapist, she also understands the importance of music and has encouraged many to explore their relationship with music in ways that can enhance their life. Learning an instrument is a terrific way to form a lasting connection that will be constantly beneficial, and she is eager to help anyone start their musical journey. 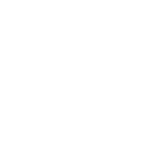 Join us Sundays at 10am